In Manila as a knowledge partner, SonoScape supported De Lusong-Neumann workshop that was very much appreciated by participants.
Manila, June 17th 2019 – A workshop “ Clinical Practice Up-to-Date: A Newly Available Endoscopy System with Advanced Imaging Technology” was held in National Kidney and Transplant Institute. This one-day event featured two renowned endoscopists of the world, Prof H Neumann (Germany) and Prof M.A. De Lusong (Philippines), as SonoScape as the knowledge partner. About 20 young physicians have participated to the workshop, which has kick-started an effective platform of knowledge transfer from expert to young endoscopists In Southeast Asia.

Prof H Neumann (Germany) and Prof M.A. De Lusong (Philippines)
Along with its gradual introduction of the new HD-550 endoscopy system to the market, SonoScape became conscious of the lack of training in a few developing countries. The company took the initiative and explicitly rolls it out into a series of educational programs. The event was endorsed by Philippine Society of Digestive Endoscopy.

SonoScape’s HD-550 and HD-500 were used. The students may have been trained previously on a different brand of system, however they naturally appreciated the scope manoeuvrability and functionalities, and were impressed by the image clarity as well as the clinical utility of SFI/VIST, SonoScape’s own chromoendoscopy technology.

“We had a great time”, one of the students commented after the course, “I was intrigued by the content throughout. It is evidenced-based and allowed us to discuss with the expert faculty on real cases, real-time. The SFI/VIST technology seems to be a powerful tool in optical diagnosis.” 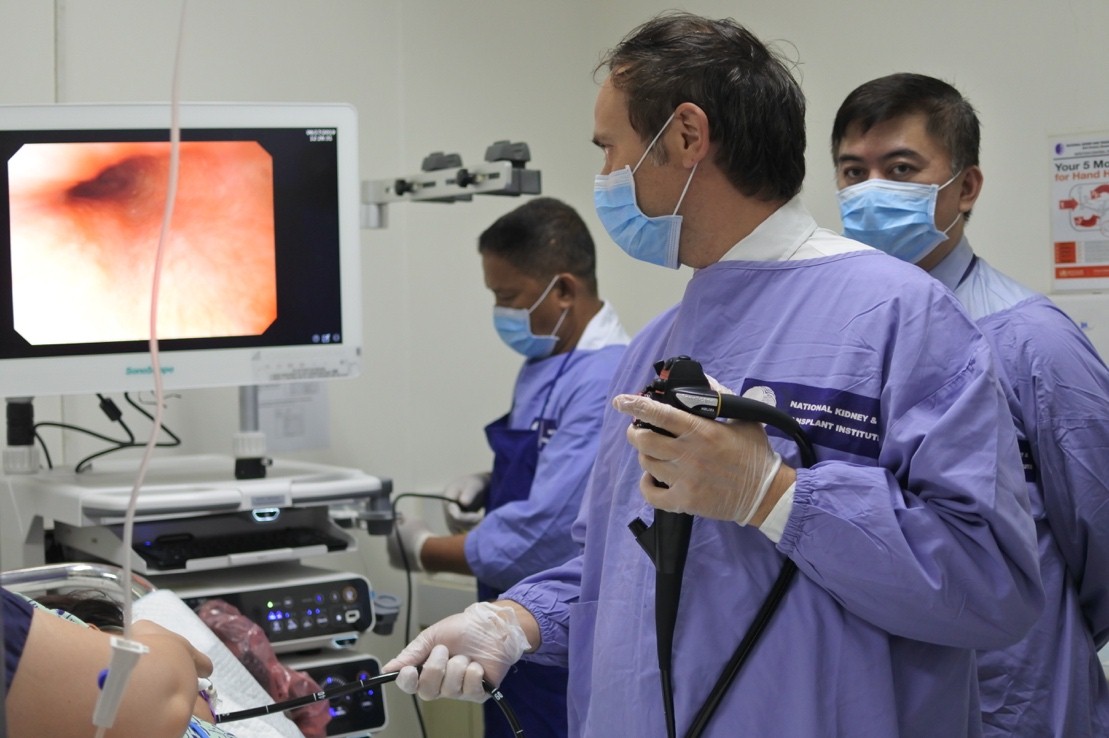 “Our prior experience shows that this experiential training can lead to successful actual practice.” Prof De Lusong, happy with students’ feedback, added that “the students were truly involved and now eager to experience SonoScape’s systems on their own after the workshop”. Further, Prof Neumann complimented:“The organisation was indeed impeccable. I am grateful for SonoScape who made my first trip to the Philippines pleasant and meaningful.”

“The best training program is worthless without proper, consistent, intensive execution.” Alliffli Erijuffald, SEA Regional Marketing Manager SonoScape, said. William Bian, Regional Sales Manager SonoScape concurred: “The success of our first workshop demonstrated that we are capable to fulfill a portion of the void in endoscopy training, as a strong industry player. We very much look forward to the next series of workshops in the Philippines and in Southeast Asia.”